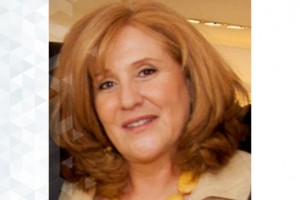 Angela Ribeiro received her BS and PhD degrees in Physics from the Complutense University of Madrid, Spain, in 1984 and 1989 respectively. In 1989, she was a postdoctoral visitor at the School of Computer Science in Carnegie Mellon University being involved in the PRODIGY project, devoted to the design and the development of a general architecture for planning and learning.

In 1990, she joined the Spanish National Research Council (CSIC) as a scientist. From 2007 to 2010, she served as the director of the System Department at the Institute of Industrial Automation (CSIC). In 2010 she joined the Center for Automation and Robotics, a joint venture of CSIC and UPM, as the coordinator of the Artificial Perception Unit. Since 2007 is the leader of the Artificial Perception Group.

She has led several research projects related to the implementation of the previous techniques to Precision Farming. Among others, she has been the Scientific and Technical Manager of the European project RHEA (Robot Fleets for Highly Effective Agriculture and Forestry Management - http://www.rhea- project.eu).