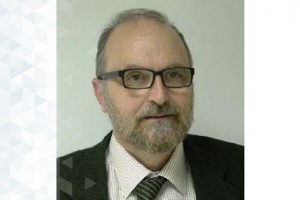 Domingo Guinea Díaz is a staff scientist in the Centre for Automation and Robotics (CAR), Spanish National Research Council (CSIC)- Technical University of Madrid (UPM) in Madrid since 1988. He received a Ph.D. degree in Physics at the University of La Laguna, Tenerife in 1981, where she held a permanent position as an Assistant Professor. He was a visiting Professor at the Applied Machine Intelligence & Robotics Laboratory at Drexel University, Philadelphia in 1992 doing research on perception mechanisms in hierarchical control architectures. Participant and leader of several European and National Research Projects related to Mobile Autonomous Robots, Artificial Perception and Visual Systems and Intelligent Control Architectures. He is currently involved in Energy Efficiency in Buildings and Transport, Modelling and Applications of Fuel Cells and Renewable Energies. He is
now the Head of the CAR Renewable Energy, Fuel Cell and Hydrogen Laboratory (LERH). His work has been published in professional journals, books and conferences proceedings. He has served as a proposal referee of the Spanish National Science Foundation (CICYT). He is founder member of the Fuel Cell Network CSIC-Universities, Spanish Hydrogen Platform, Hydrogen Spanish Society, and TSW European Foundation for solar buildings.