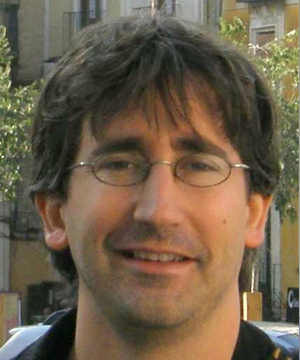 Jorge Villagra graduated in Industrial Engineering at the Universidad Politécnica of Madrid in 2002. He received his PhD in Real-Time Computer Science, Robotics and Automatic Control at the École des Mines de Paris (France) in 2006. He was first granted with a 3 years CIFRE Program in PSA-Peugeot-Citroën and then with a post-doctoral fellowship at a Joint Research Unit INRIA-Mines ParisTech (France). The results of the PhD were granted with the Prize for the Best dissertation in Automatic Control in France in 2006. From 2007 to 2009 he held a position of Visiting Professor at the University Carlos III (Spain). He then received a 3 year JAEDoc fellowship at the AUTOPÍA Program in the Center for Automation and Robotics UPM-CSIC (Spain), where he spent one additional year funded by a research contract. From 2013 until August 2016 he led the Department of ADAS and Highly Automated Driving Systems at Ixion Industry & Aerospace SL, where he also coordinated all the activities in the EU R&D Funding Programmes. He is leading AUTOPÍA Program at CSIC since October 2016.

He has developed his research activity in 6 different entities with a very intense activity in project setup and management, through over 30 international and national R&D projects , where he is or has been IP of 10 of these projects. He has published over 85 papers in international journals and conferences on autonomous driving, intelligent transportation systems, dmodel-free control and new probabilistic approaches for embedded components in autonomous vehicles.