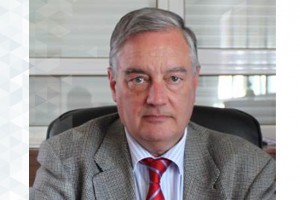 Manuel A. Armada received his Ph. D. in Physics from the University of Valladolid (Spain) in 1979. He has been involved since 1976 in research activities related to Automatic Control and since 1979 to Robotics. He has been Principal Investigator in more than 50 RTD projects (including international ones like EUREKA, ESPRIT, BRITE/EURAM, GROWTH, ICT, NMP, INCO-COPERNICUS and others abroad the EU, especially with Latin America (CYTED-AECID) and Russia (ESSIDAC EC project and Joint Projects between RAS-CSIC). He has been Director of the Instuituto de Automatica Industrial (CSIC) (2009-2010), and Director of Centre for Automation and Robotics (CSIC-UPM) (2012-2015). He is Professor of Research at CSIC.

He also carried out an important activity in several EC Thematic Networks, like CLAWAR. Prof. Armada was the Chairman of the EC TELEMAN Evaluation Panel, reviewer for Foreign Research Agencies and for several EC FPs. Doctor Honoris Causa by the State Technical University (Moscow), Prof. Armada has been presented with the IMEKO TC17 Award, three times with the CSIC Distinguished Award, and represents the Spanish Government to the International Advanced Robotics Programme (IARP). Prof. Armada published over 50 articles in top scientific journals, and more than 200 contributions to other journals and conferences; owns 20 international patents. His main research direction is concentrated in robot design and control, with especial emphasis in force control and on walking and climbing machines. He is topic editor in chief of the International Journal of Advanced Robotic Systems, IEEE RAS member and serves as reviewer to several other scientific journals.