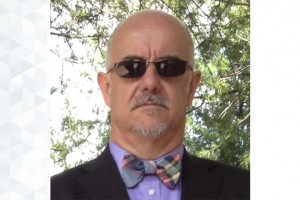 Ricardo Sanz was born in Tomellosa, Spain in 1963. He got a degree in electrical/control/electronics engineering in 1987 and a Ph.D. in robotics and artificial intelligence in 1990. Since 1991, he has been a member of the Department of Automatic Control at the Universidad Politecnica de Madrid, Spain, teaching Computer Programming, Artificial Intelligence, Automatic Control and Systems Engineering.

His main research interests focus around the topic of architectures for intelligent systems. He has been involved in research projects on autonomous control, software technologies for complex, distributed controllers, real-time artificial intelligence, cognitive robotics, bio-inspired controllers and philosophical aspects of intelligence.

He has been associated editor of the IEEE Control Systems Magazine, the International Journal of Machine Consciousness and the Journal on Biologically Inspired Cogntieve Systems. He has been chairman of the OMG Control Systems Working Group and the IFAC Technical Committee on Computers and Control. Since 2004 he is the coordinator of the UPM Autonomous Systems Laboratory.