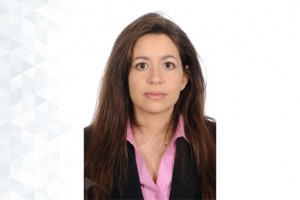 Roemi Fernández Saavedra is a Tenured Scientist at the Centre for Automation and Robotics CSIC-UPM. She received her Ph.D. in Industrial Engineering from the Polytechnic University of Madrid (ETSII-UPM) in 2006. She was a visiting Ph.D. student at the Center for Control Engineering and Computation at the University of California, Santa Barbara, USA, in 2003 and at the Department of Automatic Control at Lund University, Sweden, in 2004. From 2005 to 2009, she was an associate professor at San Pablo CEU University, receiving the award for best teaching in 2008. At the end of 2008, she was granted with a contract JAE-DOC for the incorporation of researchers to the Spanish Science and Technology System. With this contract she joined the Field and Service Robotics Group of the Centre for Automation and Robotics CSIC-UPM. In 2015, she was awarded with a Ramón y Cajal Postdoctoral Research contract, the most competitive postdoctoral contract in Spain, in order to continue her research activities. She has worked on several European Commission-funded projects, such as Crops (FP7-NMP-2009-LARGE-3.4-1 246252, a robotic platform for sustainable production and harvesting of high value crops), TIRAMISU (FP7-SEC-2011.4.2-2 284747, a toolbox implementation for removal of antipersonnel mines, submunitions and unexploded ordnances) and ECHORD++ (European Clearing House for Open Robotics Development, Grant Agreement Number 601116 – Experiment Call 2 – CATCH – Cucumber Gathering – Green Field Experiments). She has also collaborated as expert evaluator for the Research Executive Agency of the European Commission; as external evaluator of the ANECA (National Agency for Quality Assessment and Accreditation of Spain); as well as reviewer of a large number of scientific journals and international conferences.
She has been working in 29 research projects (10 EC-funded projects – 1 as PI, 5 national projects – 1 as PI, 4 projects funded by the Regional Government of Madrid, 4 AECID projects, 1 CSIC project and 5 projects with private entities). She is the author of 10 patents and has published over 70 articles in scientific journals and conference proceedings.
Her research interests are focused on the design and control of field and service robotic systems, including the design of non-linear actuators, multisensory systems and non-linear controllers.